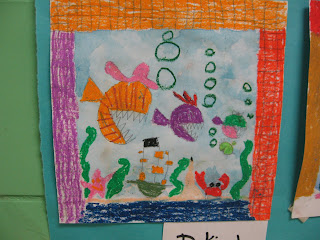 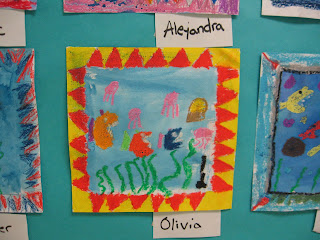 I guess I have had fish on my mind recently, since I have had several grades create them lately. This got me thinking about a fish project I did last year. This one was really about Food Chains though. I taught students how to draw fish by drawing a circle and putting a triangle in for a mouth. They were suppose to draw three fish in a row looking as if they were going to eat each other. The first fish was big, the second medium size, and the third small. Sea weed, bubbles, and other ocean animals were drawn. A boarder was drawn around the entire thing and students drew patterns in the boarder. Everything was colored with oil pastels and a light watercolor wash was used for the water. 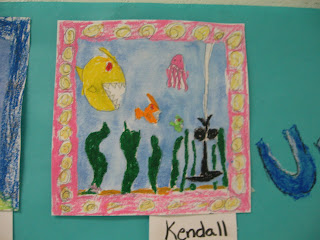